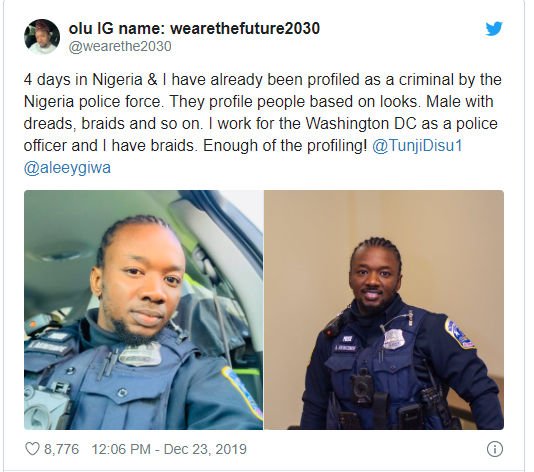 A US Police officer of Nigerian origin has taken to his social media page to narrate his encountered with Nigerian policemen who thought he was a yahoo boy.

The man simply identified as Olu is in the country to celebrate the holidays with his family, but was surprised when he was stopped at two different checkpoints on same road by officers of the Nigeria Police Force.

According to him, he was profiled by the officers over his choice of hairstyle.

He was only allowed to go when he showed them his identification as a US police officer.

@wearethe2030 shared a photo of himself and wrote: “4 days in Nigeria & I have already been profiled as a criminal by the Nigeria police force. They profile people based on looks. Male with dreads, braids and so on. I work for the Washington DC as a police officer and I have braids. Enough of the profiling!

Riding back to my hotel on Toyin street, Allen, Ikeja, with Taxify, and the police had stopped me twice on the same road, ordered me to step out of the vehicle asking what I do for a living. My police credentials saved me from being a victim. 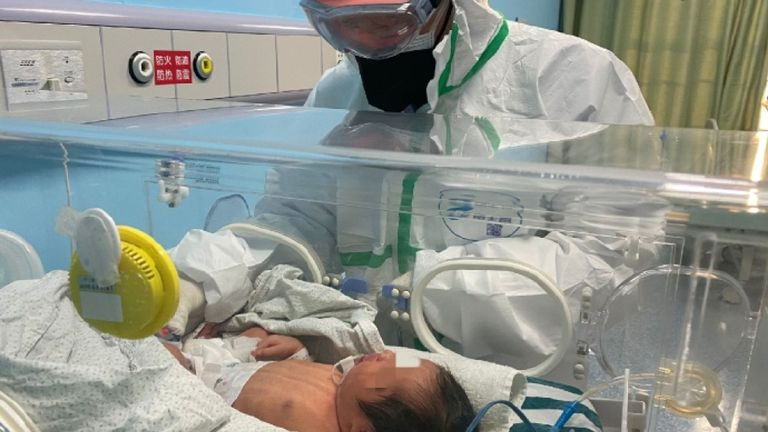 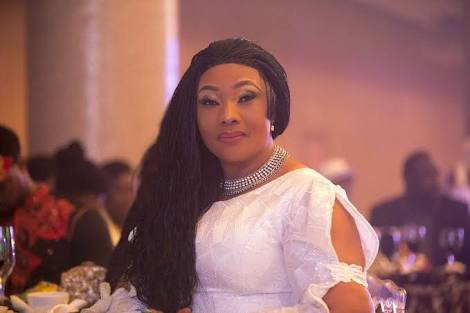 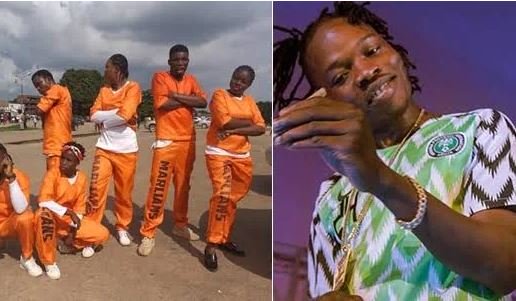 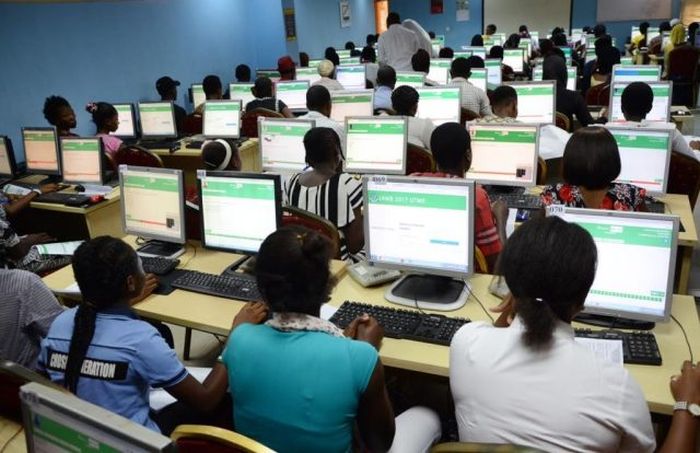 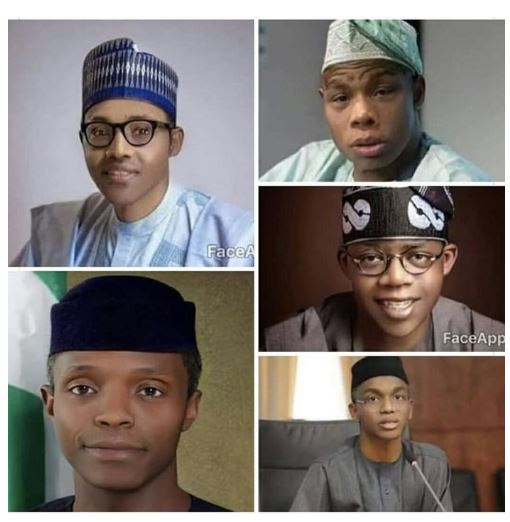 See Younger Version Of Nigerian Leaders Made With FaceAPP – Who Do You Think Is Most Handsome?