Coronavirus: What Abba Kyari, Who Tested Positive To COVID-19 Did In The Last 10 Days 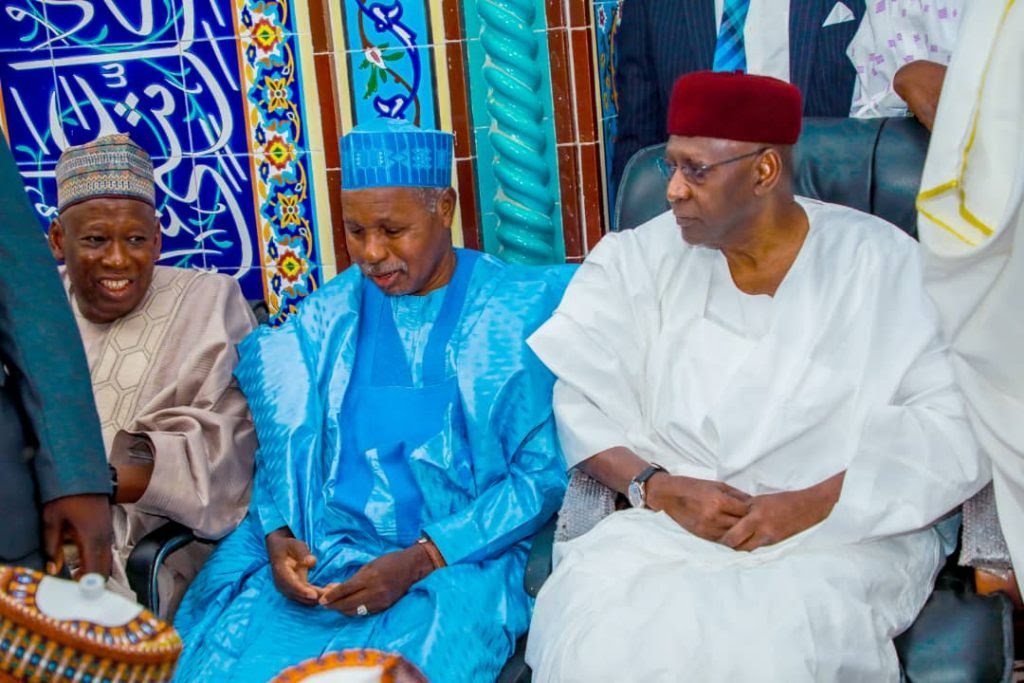 Malam Abba Kyari, the Chief of Staff to president Muhammadu Buhari, who returned to Nigeria from Germany on March 14, had participated in several state functions and unofficial engagements that attracted prominent personalities.

He tested positive to coronavirus (COVID-19) yesterday. He had attended events involving President Buhari, Vice President Yemi Osinbajo, many governors, ministers and other top government functionaries before the result of the test.

It was gathered that yesterday’s confirmation that Kyari tested positive to COVID-19 necessitated the subsequent test on President Muhammadu Buhari, which turned out to be negative.

Shortly on his arrival on March 14, Kyari attended the wedding of the son of the Inspector General of Police, Muhammad Adamu.

Chief of Staff to the President, Abba Kyari (3rd left) and Minister of Power, Engr. Sale Mamman (2nd right) with Siemens officials, during their visit to Munich in Germany on March 9. Other shots show Kyari consoling Governor Yahaya Bello of Kogi State over the death of his mother and in attendance at the last Federal Executive Council meeting on March 18 and the Progressive Governors’ Forum meeting with President Muhammadu Buhari on March 16 (File Photos)

At the meeting of Progressive Governors Forum (PGF) with President Buhari on March 16, Kyari was also there and group photographs were taken.

Before the NEC meeting, Kyari had an encounter with the embattled National Chairman of the APC, Comrade Adams Oshiomhole.

On Tuesday, March 17, the chief of staff led a delegation to the Bello family compound in Okene to commiserate with Governor Yahaya Bello of Kogi State over the death of his mother, Hajiya Hauwa’u Ozoho.

The same day, he attended a briefing session by the Presidential Economic Advisory Council (PEAC) led by Professor Doyin Salami and took pictures with them. 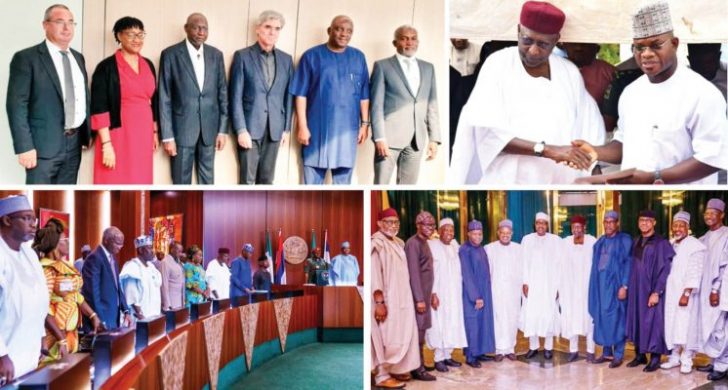 President Buhari’s chief of staff was also in attendance at last week’s Federal Executive Council (FEC) meeting on March 18. Inside the council’s chambers, his seat was not far from that of Boss Mustapha and Osinbajo.

Members of the committee co-chaired by the National Security Adviser, Maj. Gen. Babagana Monguno (rtd.) are the chairman of the Nigeria Governors Forum, ministers of defence, interior, justice; and minister of state budget and planning; Chief of Defence Staff, Chief of Army Staff, Chief of Naval Staff, Chief of Air Staff, Inspector General of Police, as well as governors of Borno, Adamawa and Yobe states.

Kyari was sighted after Juma’at prayers on Friday, March 20, but was not seen at the Presidential Villa from Monday.

He is reportedly on self-isolation at his residence at the Defence House, Maitama, but sources said he might be moved to another facility for extensive medical care. 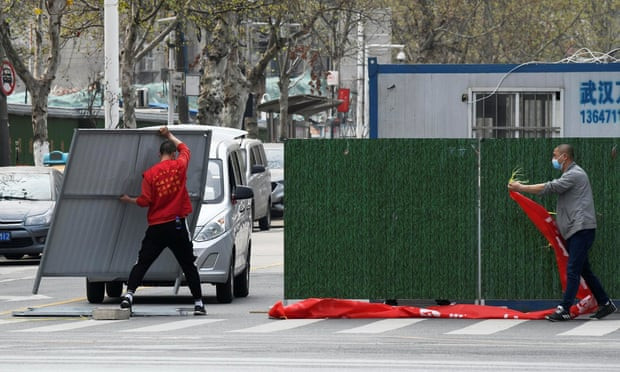 Wuhan, the centre of the coronavirus outbreak in China eases lockdown as movement is restored and residents allowed to go back to work 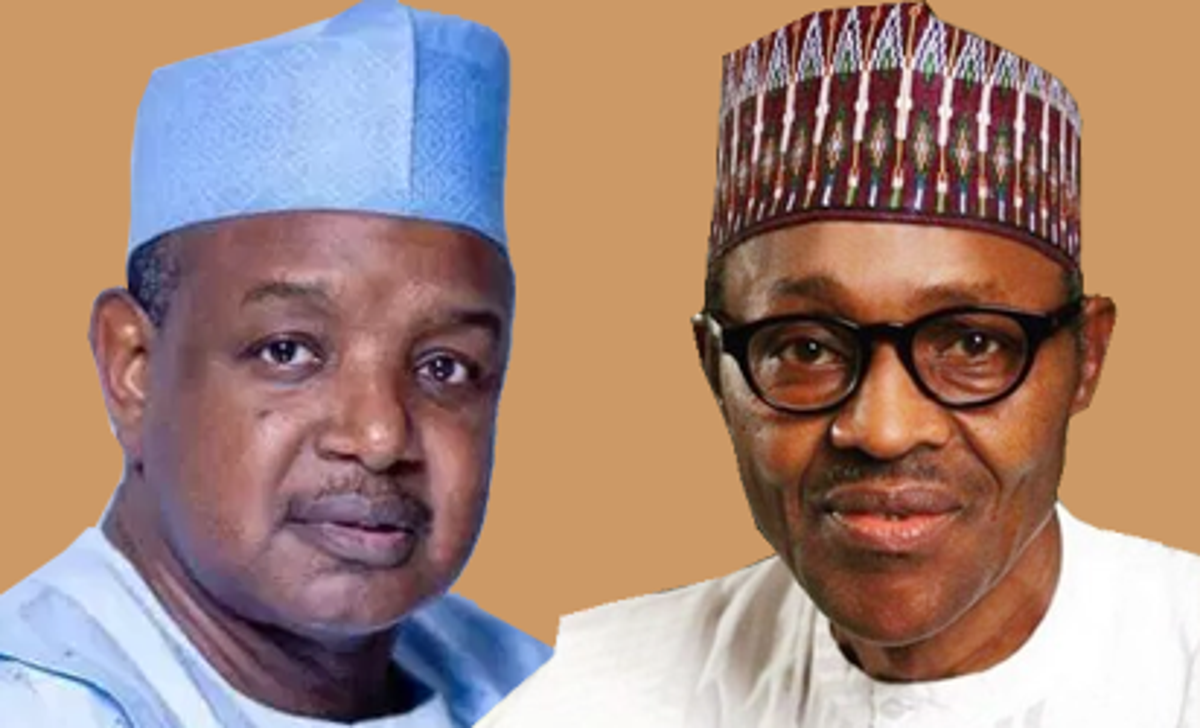 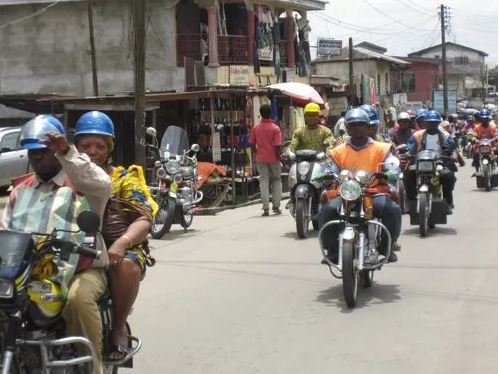 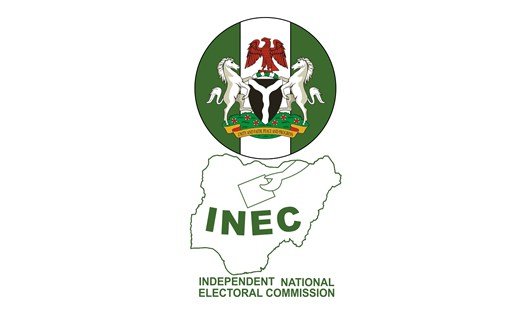 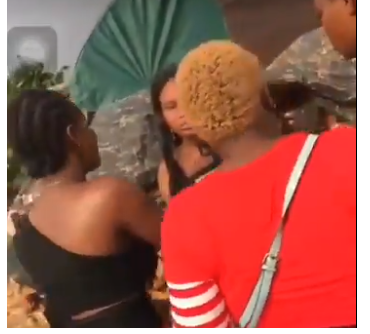